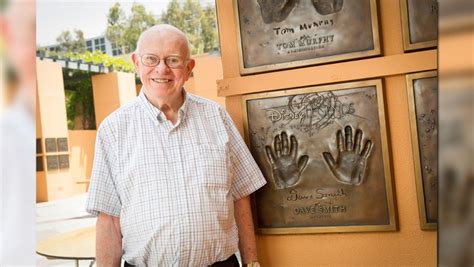 Dave began his work with Disney in 1970, when he was hired by Roy 0. Disney. His first job was cataloging all the items inside of Walt Disney’s office suite, that has never been touched since Walt Disney’s passing. In 2015, with Dave’s meticulously detailed notes and records, they restored Walt’s suite. In addition to his archiving, Dave released The official Disney encyclopedia Disney A to Z, Disney: the First 100 Years, The Quotable Walt Disney and many more books.

A message from The Walt Disney Company stated, “I’m deeply saddened to learn of Dave Smith’s passing,” said Bob Iger, Chairman and Chief Executive Officer, The Walt Disney Company. “He was the unsung hero of Disney’s history who, as our first archivist, spent 40 years rescuing countless documents and artifacts from obscurity, investing endless hours restoring and preserving these priceless pieces of our legacy and putting them in context to tell our story. Dave was a true Disney Legend, and we are indebted to him for building such an enduring, tangible connection to our past that continues to inspire our future.”

Our thoughts and deepest sympathy go out to Dave Smith’s family and friends.